4 replies to this topic

I just received a nice example of a Waterman 92 in the steel quartz color.  That is actually what Waterman called the color.  An earlier color, used in the 94 series of pens, is often called "steel quartz" - however,  Waterman called it either "grey" or "grey pearl".  The Davis/Lehrer book calls it "silver pearl".

Here is a comparison of the two colors.  The top pen is a 94 in grey pearl, the lower pen is a 92 in steel quartz. 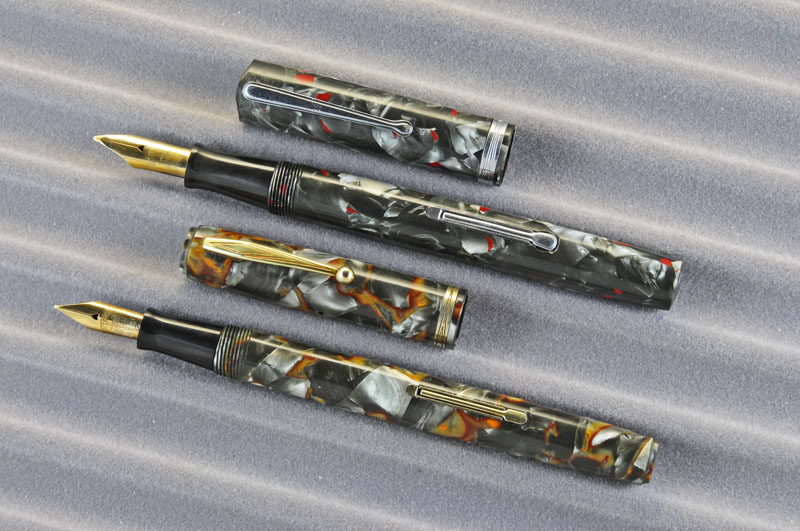 Schrödinger's cat walks into a bar.  And doesn't.

I don't think I would have noticed the difference if you hadn't brought this up. I always viewed it as "grey" or "quartz" for that matter...

Thanks for the comparison!

Interesting thing is that "steel quartz" isn't a real mineral name. I suspect it was a catchier renaming of "iron-stained quartz", where one gets rusty patches in a crystal matrix. A selection of photos can be seen here.