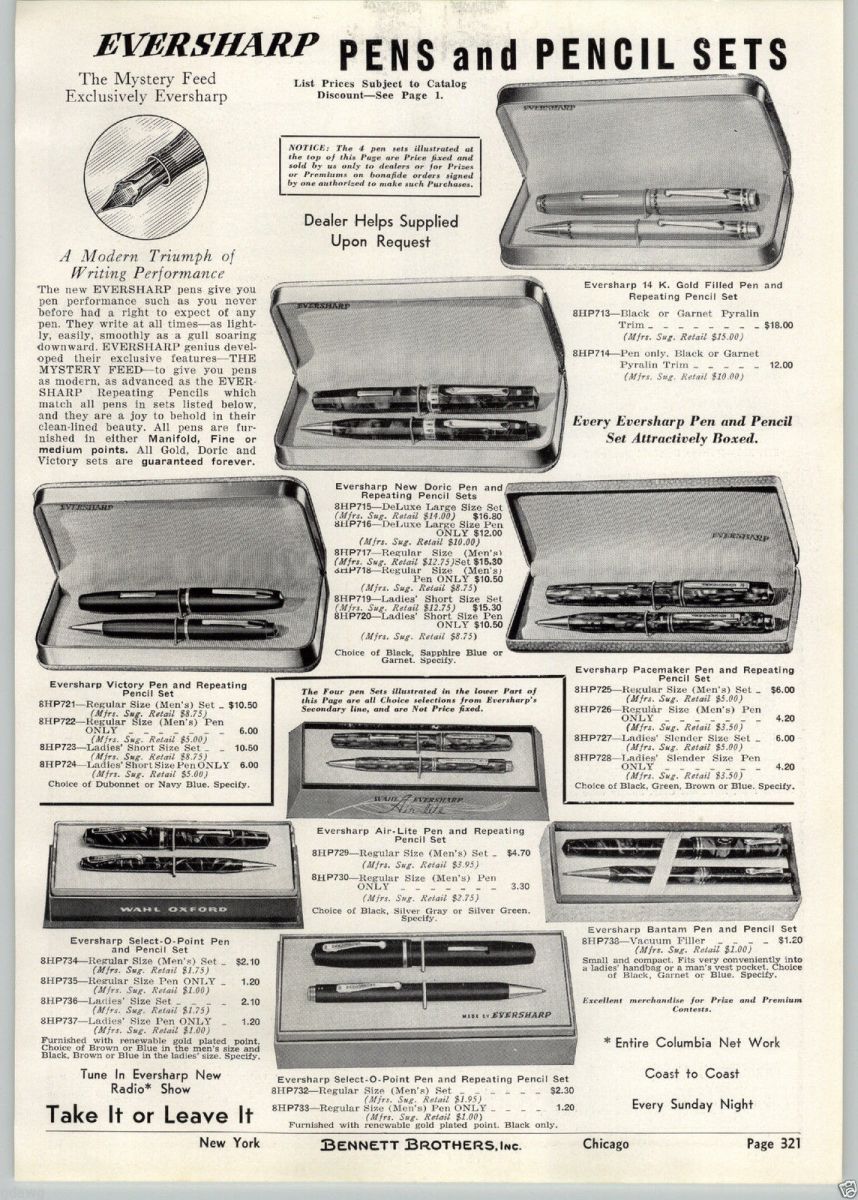 The Select-O-Point pen looks identical to the Victory, save for the clip.  The Wahl Oxford in the bottom left corner is mis-described.

This actually solves the problem of naming the previously uncatalogued pen with a Gold Seal Emblem (the last Gold Seal pen that preceded the Skyline) - based on this ad, the model name is VICTORY and it's pictured in the third row, on far left. Select-O-Point OTOH, was a Wahl Oxford model that was made to compete with Esterbrook's Renew-Point system and offered interchangeable nibs. (I'll try to find some photos of both models, but before I do that, the Eversharp Victory has been pictured on Richardspens on page 13 of Richard's Collection). Quite cool to actually find out the name of the Victory so many thanks for sharing!


Life is too important to be taken seriously
(Oscar Wilde)
Back to WAHL, WATERMAN and CONKLIN (USA "Big Five")