I'm an electrical engineer living in Virginia who has been into pens since May/June 2008. I collect mostly Parker pens, though I won't pass up a good pen from another brand at the right price, and I'm beginning to fall for Snorkels...

And, a mere 8.5 years later, documentation has been found!  Here is a piece of paperwork that was found in a folder dated January 1953 with 7 other similar papers sporting Snorkel models.  Note that the paperwork supports the $10.00 price tag that Hugh showed earlier in the thread.  This must have been offered concurrently with the Snorkel models, since the paperwork was dated January 1953, and the Snorkel was released in October 1952.  We can only speculate why Sheaffer was offering this pen alongside the Snorkel models, but at least we now have documentation to support its existence, along with a list of available colors. 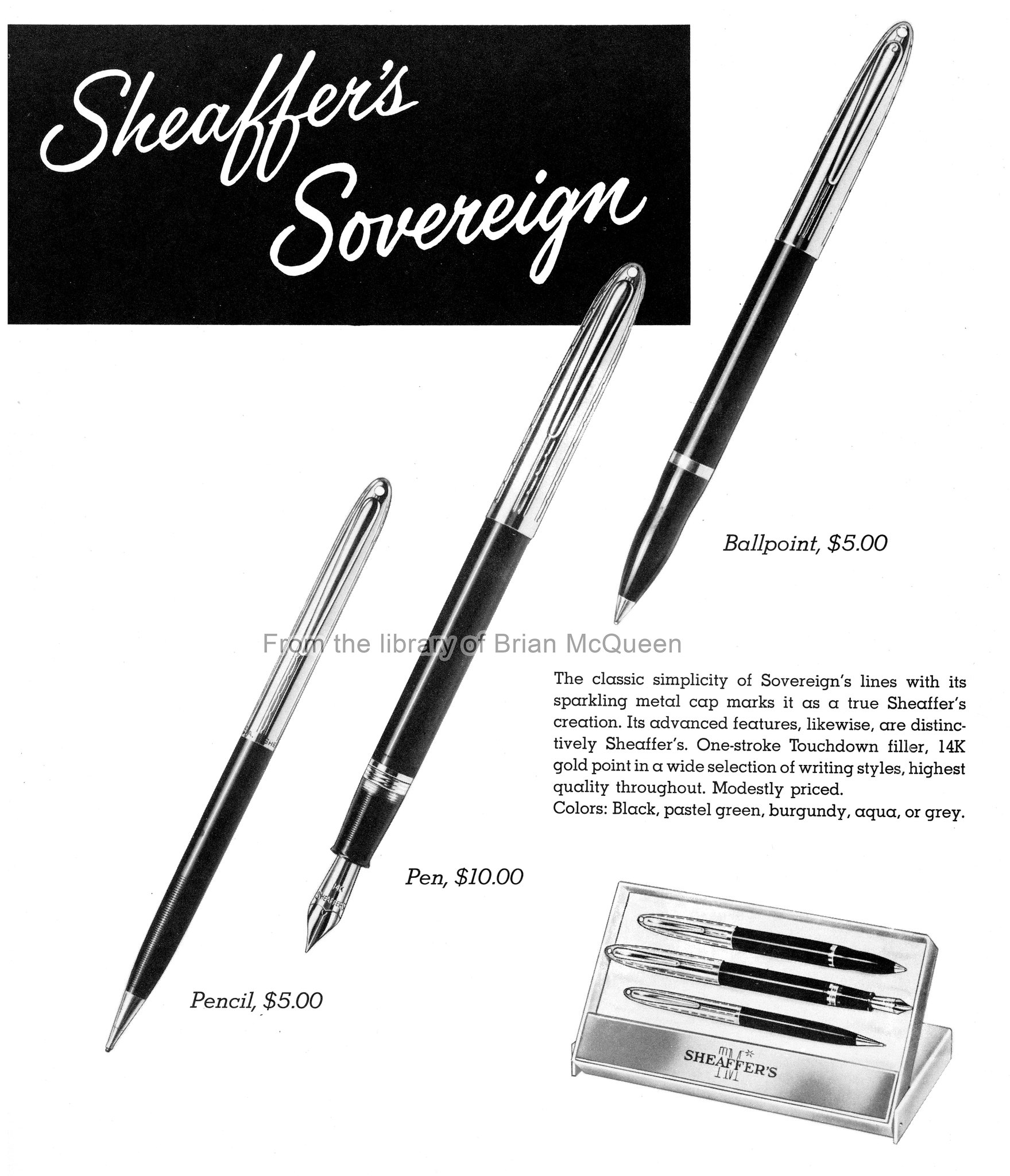