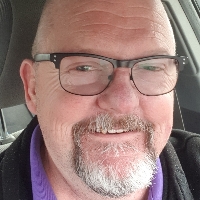 As you have no doubt worked out, my 'nickname' is an acronym, consisting of both my former profession and finishing with my initials. I have a background from 1981 to 2010 in Law Enforcement in differing areas both State and Federal, hence - Fmr [former] LEO [Law Enforcement Officer], and my initials GJ - Garth Johnston.
I worked in T.R.G., Accident Investigation and Prevention [Accident Rescue], solo patrols, remote location policing, Watch House, Station duties, Communications, etc. I also worked in Prisoner Escort / Prisons / Court Duties - Cells, and a Prison for the Criminally Insane, just to be brief. During this time I carried a Parker fountain pen and never got it broken.. which is amazing in every sense possible.

I am at the University of Tasmania Cradle Coast Campus, with a goal to get into Social Justice / Advocacy / Critical Incident Debriefing, by obtaining a B.A., B. Soc. Work. It's bee a LONG time since I studied like this, but I was encouraged to do this to make a difference, and actually be rewarded personally and financially, as I had just been doing odd jobs like working for Apple as a phone technical support officer. LOL. I have worked in other jobs too.
The selfish goal for me, with all coming to fruition is to be able to collect what I want, and to travel internationally again. One thing I want to do is visit a BIG International Pen Show... or shows.