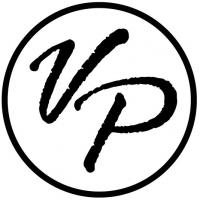 "There goes the only prototype in my collection :("....
O.K. now I feel guilty for having burst your bubble.....lol.
I'll try to post pics of my Senator 721, but it'll be a while. I have a bunch of ebay listings to post first.
This site looks so much like FPN that I didn't realize it wasn't, until after I'd posted. I was puzzled why my red horse logo didn't show up.....lol.
stez

About this forum being similar to FPN, it´s just the layout of the forum, all the rest is worlds apart....

. Stay around and you will enjoy much this forum!!

I believe Stez is correct, thanks!!

I've discussed this with Dominic recently after finding out this pen at Uberpens,

It is a Senator barrel that is exactly the same size as a 120 MK because MK was the owner of the Senator brand. They probably used the same molds to make tis senator. Bottom line, it´s not a Pelikan pen.

Just not sure what Senator model it belongs too. My barrel does not have any engravings with any number or model name. Can you post pictures of yours?

. There goes the only prototype in my collection

In Topic: In the wild find - Conway Stewart Pens and trays

Those are very interesting nibs. From the CS batch above I´ve kept in my collection one of each and the nibs are simply amazing! Nice find!

In Topic: Pelikan 101N - a couple of questions

Pelican engravings are much more scarce than the regular Pelikan. I was told it was a specific imprint for the UK market.

I´ve seen the numbers engraved in the same exact place in other pens ( Pelikan 120 and Pelikan 100N). They are original from Pelikan but I don´t know what they mean. The numbers are different in all pens I´ve seen.

In Topic: Pelikan 400 and 400NN Black barrel and green inkwindow

After an interesting  and fruitful discussion whit Dominic Rothemel author of the excellent website about Pelikan pens you can find in previous link, I am certain all the parts in my pens are indeed Pelikan, but I cannot be 100% sure Pelikan has ever produced the Pelikan 400 and 400NN with green inkwindow to be sold commercially.

Why do I make this conclusions?

1) There is not, to my best knowledge, any official record that Pelikan has ever produced these pens. There are no price lists or any documents that refer to both the Pelikan 400 or Pelikan 400NN as a commercial product from Pelikan back in the 50´s. Off course this is not a definitive prof whatsoever, why?

But here enters a new information I got from discussing with Dominic yesterday. Since 1951, Gimborn was producing the Gimborn 150 fountain pen.( for more detailed information about Gimborn see here)

Gimborn 150 - First from the left - From www.rothemel.de "The Gimborn 150 fountain pen was almost identical to the model Pelikan 300. The model differed from it by the clip and the missing cap logo. The name Gimborn is found on the nib(.....) About 5 years later the black model was extended by three additional colour varieties and other models."

So it is possible and plausible that two things could have happened:

After having found the pen, I tried to find any reference to more of this pens and I got confirmation via Dominic and pen forums that more of these pens have been found over the years. The 400NN was easier to be found and I could find pictures online. The 400 was more difficult.

Dominic was of great help here and contacted some important and well known collectors that confirmed they had seen the Pelikan 400 Black with green inkwindow pen before, but also confirmed that there are no official records from pelikan about these pens.

It looked already like mine was not the only one ( please remember that mine was found with a Pelikan 400NN cap as referred in the OP), but  I was still not able to find any picture online showing a similar pen till I posted my pens on another forum and got a reply with a similar pen. Check the link here:

So to sum all in a nutshell:

I´m 100% sure its all Pelikan parts production, but I am uncertain as to the fact of these pens being official Pelikan commercial production or, prototypes/testers or even later modifications from users using Pelikan parts, although I am more inclined to say that these were indeed Pelikan prototypes or testers to check costumers reaction to an all black pen as many have surfaced over the years, mainly Pelikan 400NN.

Any more information that could bring clarity to the question would be very much welcomed!!

.
R1 - I think the injection molding was only available in Germany. The factory in the Netherlands makes other stationary goods and inks